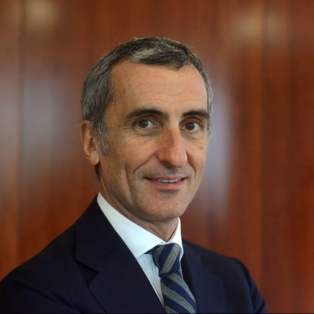 Sergio Iasi was born in Salerno in 1958. He graduated in Law in 1981 at the University of Naples.

Sergio Iasi was born in Salerno in 1958. He graduated in Law in 1981 at the University of Naples.

Married, with a daughter, he has been living in Milan since 2000.

Since December 2017 he has been working in his quality as CEO/CRO of Trevi-Finanziaria Industriale SpA (Trevi Group) – Group listed on the Milan Stock Exchange that operates in the Construction and Infrastructure sector and in the Oil&Gas field – with a turnover of around € 900M and over 6,000 employees, active in the field of special foundations and related equipment.

The Company has been in a serious financial crisis for over two years with gross debt exceeding € 800M. As part of the restructuring process pursuant to Art. 182 bis, the Board of Directors, in agreement with the lender banks, appointed Sergio Iasi as CEO/CRO with all the ordinary and extraordinary powers in order to guide and conclude the restructuring process of the Group.

The TMA Europe Annual Conference has been kindly sponsored by the following companies:

Partner with us to gain visibility and exposure amongst TMA’s diverse group of corporate renewal professionals. Options are varied to suit different levels of visibility and budgets.