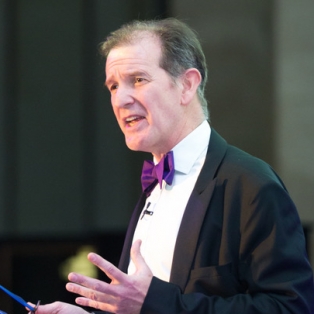 Stuart has been an award-winning business journalist and editor for more than 30 years and is an independent business editor, writer and event moderator. He is a co-founder of World Class Britain (www.worldclassbritain.com), an evidence-based digital magazine focused on world-class achievement in Britain.

For 17 years, Stuart was the editorial director and one of the founders of business media company Caspian Media. Stuart launched Caspian’s titles Real Business – the UK’s first magazine for entrepreneurs and today one of the leading websites for the UK SME community – and Real Deals – Europe’s market-leading private equity title. He also created Business Voice, the magazine of the CBI, and oversaw the award-winning relaunch of Professional Engineering, the magazine of the Institute of Mechanical Engineers. A graduate of Magdalen College, Oxford, Stuart had previously been editor of the IoD’s Director magazine between 1989-1996.

A specialist in the entrepreneurial economy, Stuart is editorial adviser to the ScaleUp Institute, the private sector-led not-for-profit body established in 2015 to make the UK the best place in the world to scale up a business. He was editor-in-chief of www.greatbusiness.gov.uk and content adviser to the Coalition Government’s Business is GREAT campaign.

Stuart has won numerous editorial and publishing awards, including the title Editor of the Year by the Professional Publishers Association (PPA) for the launch of Real Business. He is a blogger and contributor to several titles, including Huffington Post, Corporate Financier and Professional Management. He has advised many blue-chip corporations and business institutions on their editorial and communication strategies, including IBM, Thales, Atkins and Vodafone. He is also an angel investor in the media sector.