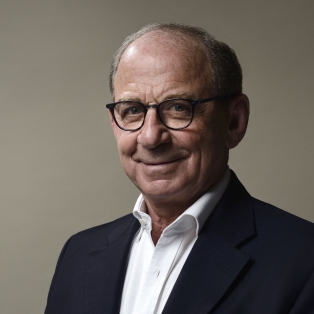 In 1984, after founding the first professional tech support call centre in Europe, based in France, Stéphane developed the business through organic growth and international mergers and acquisitions. In 1997, Stéphane was Sykes’ Group international VP, employing 4.200 people, operating call centres in 23 countries and generating a total revenue of c. 450 M$ .

After being involved in the Sykes Group flotation on Nasdaq in November 1997, Stéphane returned to France joining  M. Dominique Strauss Khan’s cabinet as a consultant to the Minister of Finance and Industry, taking responsibility for innovation of the financing programme, organised and conducted by the French government.

In 1999 Stéphane founded SR Finance, a french restructuring consulting firm, which in 1999 became the mother company of the FF&T group (France Finance & Technologie), a specialist bureau for financing innovative companies based in France.

In 2007 it became the management company of FRED Partners, an independent investment fund specialising in turnaround operations,

Since 2000, under the brand of SRF, the company has conducted number of operational restructuring missions, intervening as a coach for CEOs and management teams, interim manager CEO and CRO positions, non-executive consultancy missions and as an independent administrator.

SR Finance joined TMA France in June 2020 and is an active member of the French management community in charge of lobbying activities.