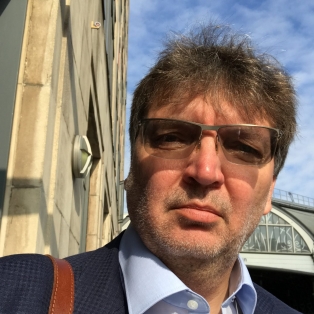 With over 30 years commercial experience in the energy sector, the vast majority being in the gas business. Richard is a mining geologist by training with an MBA and has lived through the major changes that have transformed the energy markets in the UK and Europe.

He has managed gas contracts, negotiated major gas and power purchases, handled joint ventures, resolved major disputes and experienced the stress of major litigation culminating in the House of Lords. He has been a director of a number of companies and not just in the UK, but in Romania and Ireland also. He was a director of Teesside Gas Transportation Limited at the time of Enron’s collapse and remained so to bring about its recovery.
He has managed teams of people and carried out origination, strategic and softer marketing roles with direct responsibility for P&L and budget control. He has held positions at BG plc, Enron and RWE Trading.  He is co-founder and director of Ceres Energy a UK based gas shipping and supply company offering commercial shipping and trading services to producers and supplier and an investor in biogas projects.
Building on his Enron experiences he has taken on a number of turnaround directorships including a number of solvent Lehman Brothers’ subsidiaries.