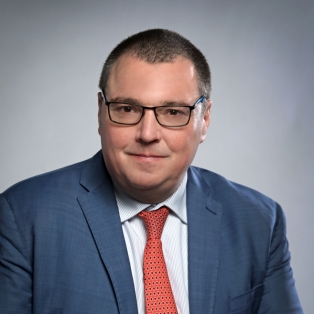 Mr Miroslav Singer ranks amongst the most significant Czech economists. He graduated in Mathematical Methods Applied to Economy at the University of Economics in Prague. In 1995 he received his Ph.D. from the University of Pittsburgh.

Before his appointment to the Bank Board of the Czech National Bank in 2001 he held senior management positions in the group Expandia (finance and industry) and PricewaterhouseCoopers (advising in restructuring). Between 2005 and 2010 he was Vice-Governor and between 2010 and 2016 he was Governor of the Czech National Bank. Since January 2017, he has been the Director of Institutional Relations and Chief Economist at Generali CEE Holding responsible for Austria, CEE & Russia Region, since January 2018 he is also member of the Executive Committee of the Holding.

He serves in the supervisory boards of insurance companies of Generali, i.e. as a chairman in Generali Česká pojišťovna, Pojišťovna Patricie (CZ) and Poisťovňa Generali (SK). He is also a vice-chairman of the Supervisory Board of Moneta Money Bank. Among other prestigious appraisals he was awarded “Central Banker of the Year in Europe” for 2014 by The Banker – FT group.